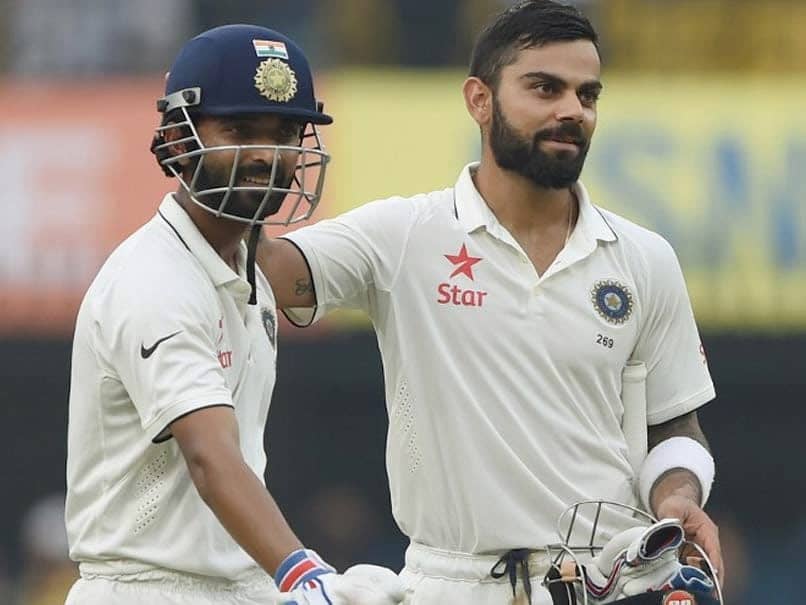 First things first. There is no imminent threat to Virat Kohli’s captaincy in any format and neither is the Board of Control for Cricket in India (BCCI) even remotely thinking on those lines. But that’s the news part of the story. When it comes to views, there are many — some are quite open about the theory of split captaincy and some are speaking about it in hushed tones. Ajinkya Rahane’s calm demeanour in India’s biggest overseas series win has opened up a debate but to disappoint the fans of the Test vice-captain, there is little chance of a permanent anointment for him in the immediate future.

However, there could be a paradigm shift in how the leadership group in the Indian cricket team works when Kohli re-enters that dressing room after a month-long paternity break.

When Kohli left, it was a team that was down in the dumps — dismissed for its lowest Test score of 36. But a lot has changed since that fateful afternoon in Adelaide.

While head coach Ravi Shastri is absolutely right in saying that this team bears Kohli’s “stamp and character” but from December 19 in Adelaide to January 19 in Brisbane, a few senior cricketers will be perceived a bit differently.

Ravichandran Ashwin, Cheteshwar Pujara, Rohit Sharma and certainly Rahane, in their own little way, have created a legacy but post Brisbane, that legacy will need proper acknowledgement.

These four will not ask for it as they have now earned it after quite literally putting their bodies on line.

So when Kohli enters that Indian dressing room, he will remain the “first” but “among equals” in a leadership group that possibly will be more inclusive.

On Tuesday, when PTI had put forth a question on this to stand-in skipper Rahane after the match got over but expectedly, his tight defence couldn’t be breached.

The question was how would he feel when he again takes a back-seat with Kohli returning to the steering wheel in his hands.

“I don’t want to think about all these things. This is a victory that we all need to enjoy and I will think about England series once I am back in India,” Rahane dodged the question.

But in his heart, the Mumbaikar couldn’t have possibly forgotten that he, as a sitting vice-captain, was dropped from the Indian playing XI during the 2018 South Africa series.

While one can give a sound explanation for that decision but the fact that a vice-captain was dropped cannot be seen in isolation.

Now, Rahane — India’s third highest run-scorer in the series with 268 runs after Rishabh Pant (274) and Cheteshwar Pujara (271) — has cemented his own place in the annals of Indian cricket history.

And however reticent or unexpressive he might be, his voice will now be heard if he wants it to be heard. That has changed certainly.

“His hundred put us back on track,” Shastri was the first to acknowledge his impact.

Take Ravichandran Ashwin (12 wickets in 3 games which was just one behind the team’s debutant star Mohammed Siraj) for example. Even he would agree that this series is his best overseas performance and the way he made Steve Smith his bunny would be remembered for a long time.

But has Ashwin, who will probably be the fourth Indian to reach the 400-wicket club in some time, been feted as Nathan Lyon has been in his own country?

Lyon’s wickets at MCG, SCG and Adelaide are spoken in glowing terms but has the extremely cerebral cricketer got his due for all the wickets that he has taken at Chennai, Nagpur, Pune and Hyderabad?

When find of the series Siraj (13 wickets) was racially abused, the public stance that Ashwin took and the statement he made was no less than Anil Kumble’s statesmanship during the ‘Monkeygate’ series.

“When Siraj told us, we seniors, Rohit, Jinks and myself decided that we need to report the matter to the match referee,” Ashwin had said in Sydney after the incident.

He spoke about how three seniors came together to rally around Siraj and comfort him when he faced abuse.

Kohli knows that Ashwin is one of the most astute voices and after the fight in Sydney, he also will be heard more in that dressing room.

And then there is Pujara (271), who played 928 balls and the Brisbane victory belongs to the man from Rajkot as much as it belongs to Pant.

Pujara took those blows to show that resistance at times could also mean intent and like Shastri said, he is a “warrior” who needs to be valued.

Pant was slipping down the radar but Rahane has put an arm around him and let him blossom in his own way.

May be when the ball starts keeping low and turns in Chennai, Kohli will keep faith in him and if dropped, Pant has done enough to owe an explanation for that.

Rohit looked good in three of the four innings and he had that calming influence on India’s newest batting sensation Shubman Gill (259 runs) during those opening partnerships.

Rohit loves white ball cricket but he values the white India shirt for which he was ready to spend 14 days in hard quarantine in Sydney. All of it just to play two Test matches.

He has taken those five catches at the slips and certainly, as a part of the leadership group, he had a role in Navdeep Saini’s pace being preferred over T Natarajan’s swing at Sydney.

When the next team meeting is held, these four seniors will have their say and the skipper will have to seriously factor in their inputs, changing the dynamics to some extent.

There is a famous saying by American gossip columnist Walter Winschel that aptly describes the new Indian dressing room.

“Never Above You, Never Below You, Always Beside You”.

Topics mentioned in this article

Glenn Maxwell had a poor IPL 2020 season, having failed to hit a single six.© BCCI/IPL Kings XI Punjab (KXIP) on Wednesday announced that they have decided to retain 16 members of their IPL 2020 squad, and the likes of Glenn Maxwell and Sheldon Cottrell have been released from the squad. The likes of KL…
Read more
Sports

Harshal Patel played five T20s for Delhi Capitals last season picking three wickets.© BCCI/IPL Ahead of the Indian Premier League (IPL) 2021 season, Royal Challengers Bangalore (RCB) on Wednesday announced that Daniel Sams and Harshal Patel will be joining their squad. Sams and Patel were a part of the Delhi Capitals squad, but after a…
Read more
Sports

IPL 2021: Who Was Retained And Which Players Were Released Ahead Of Auction

IPL 2021: Steve Smith's release by Rajasthan Royals was the biggest highlight of the retentions.© BCCI/IPL The Indian Premier League franchises announced their retentions ahead of the mini-auction in February before the 2021 season. There were some big players released as Rajasthan Royals bid farewell to captain Steve Smith, with Sanju Samson set to lead…
Read more

IPL 2021: Who Was Retained And Which Players Were Released Ahead Of Auction